Choosing a system to run your website or blog on can be difficult. There are so many options available to choose from, it can be hard to know which is right for you. iWeb and WordPress where two very popular options in this department. They are each suited for different things and provide a different array of features. Let’s take a closer look at what each of these content managing systems have to offer it’s users and which may be the best option for you and your business.

1. What It Is
iWeb is a website creation tool that was developed by Apple Inc. The very first version was released in 2006 and was included in the iLife suit of applications. It stopped being developed in 2011.

2. Features
iWeb offered it’s users some pretty great features, the biggest problem was that these features could really only be used with Apple products and systems. A free range of design possibilities where present with web pages because it did not use coding, but instead provided templates for it’s users to use and customize themselves. iWeb also had integrated services for other websites such as Facebook, Google Map, and Adwords. This made it very easy to market your site.

3. Discontinuation
Unfortunately, only 5 years after it’s release, developers pulled iWeb from use. It had a dedicated hosting service called MobileMe, which was also discontinued. This caused any websites hosted on the server to disappear if they had not been previously moved to a different server.

1. Basics
Nearly 25 percent of the top 10 million blogs on the internet use WordPress as their content managing system. This is for a good reason! WordPress offers it’s users some very robust features and is comically simple to use.

2. Features
The biggest and most boasted about feature of WordPress is that it gives you the ability to switch themes extremely easily, with just a couple of clicks. This is major because none of your content or other pages are affected. Other features of using WordPress includes SEO controls, large list of plug ins, huge community of users, built in comments, multilingual, easy upgrade and installation, and variety of theme choices.

3. Installation
WordPress has been known for it’s famous “5 minute install”, this still holds true today. Installation of this content management system is very simple, even novice website developers would be able to navigate the installation process.

4. Security
Security on WordPress has been considered one of it’s biggest flaws. Due to the high usage of WordPress, knowledge of how the system works in widely known. This makes it very simple for hackers to infiltrate WordPress powered sites. There are a number of security based plug ins that can be utilized to help lower this risk.

Differences Between iWeb and WordPress

1. Use
The largest difference between iWeb and WordPress was the amount of people that used the services. iWeb had a relatively low user rate when compared to WordPress. One of these reasons is that iWeb was restricted to Apple systems while WordPress could and still can be used on any system.

2. Life
Easily the most obvious difference between these two web services is how long their life was. WordPress is still going strong and continues to be one of the most used content management soft ware used world wide. iWeb was pulled and development stopped after only 5 short years on the market.

3. Ease of Use
How easy each of these soft wares where to use are yet another difference between them. WordPress is very user friendly, and allows you to quickly and easily edit and customize your website and content. iWeb required a brand new CSS page to be created for each page on your site, making it very difficult to have a fluid look and design. Third party templates where also very complex with iWeb. 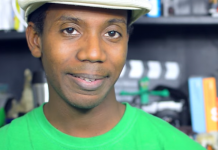 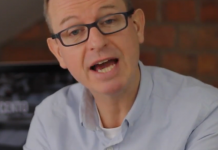 How to Secure WordPress

How to Create a Squeeze Page in WordPress